What is Intrauterine Insemination (IUI)?

Intrauterine Insemination (IUI) is a fertility treatment that involves placing sperm inside a woman’s uterus to facilitate fertilization and is the first line of treatment especially when no fertility problem is identified. During natural conception, the sperm has to travel from the vagina through the cervix, into the uterus, and up to the fallopian tubes. With IUI, sperm are “washed” and concentrated, and also placed directly into the uterus, which puts them closer to the egg.

The goal of IUI is to increase the number of sperm that reach the fallopian tubes and subsequently increase the chance of fertilization. IUI provides the sperm an advantage by giving it a head start but still requires a sperm to reach and fertilize the egg on its own. It is a less invasive and less expensive option compared to In Vitro Fertilization. It is meant to be easy and inexpensive but may need to be repeated multiple times as pregnancy rates are only 10-15% each time it is performed.

When is IUI used?

In cases involving male infertility, it’s often used when there’s a very low sperm count or when sperm aren’t strong enough to swim through the cervix and up into the fallopian tubes.

However, IUI may be selected as a fertility treatment for any of the following conditions as well:

What to expect during an IUI procedure?

IUI is a relatively painless and non-invasive procedure. IUI is sometimes done in what is called the “natural cycle,” which means no medications are given. A woman ovulates naturally and has the sperm placed at a doctor’s office around the time of ovulation.

IUI can also be combined with ovarian stimulation. Medications such as clomiphene citrate (Clomid), hCG (human Chorionic Gonadotropin), and FSH (follicle stimulating hormone) may be used to prompt the ovaries to mature and release an egg or multiple eggs. Ovulation with more than one egg usually increases chance of pregnancy.

Each medical facility and doctor will have their own specific instructions for the IUI procedure.

Before beginning IUI treatment, you will undergo screening tests which includes getting tested for infectious diseases. The specific tests required are HIV, syphilis, hepatitis B surface antigen, and hepatitis C antibody. There can be additional tests required depending on your health condition. Depending on the screening tests you would require,  test results can take anywhere from seven days to 2 weeks.

After your initial consultation and screening, when you and your physician have determined that IUI is the best course to pursue, a typical timeline may include the following:

Timing the IUI is very important – it must be done when the egg is in the fallopian tube. It is not necessary to abstain from intercourse before doing an IUI. During an intrauterine insemination, the sperm are released into the uterus. The sperm does not remain viable for a long period of time. Consequently, the sperm must be inseminated close to the time of ovulation.

One of the methods for timing an insemination is to artificially trigger ovulation. A medication called hCG (human chorionic gonadotropin) can be injected when ultrasound determines that the egg or eggs developing in her ovaries are mature enough to be released. Ideally, an IUI is performed within 36 hours post hCG injection. The egg is only viable for a maximum of 24 hours after it is released.

IUI is quick and typically painless and does not require anesthesia.

The success rate of IUI depends on several factors.

Intrauterine insemination is a relatively low-risk treatment that can be a wonderful option for many women or couples trying to conceive. If you have had difficulty conceiving or have questions about your options for conception, speak with your healthcare provider. Your doctor can help determine the best course to help you achieve pregnancy, and IUI may be an effective route. 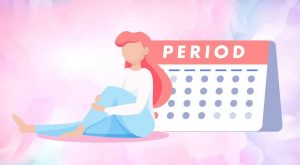 Endometriosis: What Can You Do For Yourself When You Have Period Pain 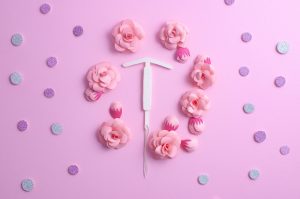