Dr Tan and Partners, or DTAP in short, is a GP clinic with special interest in providing a comprehensive and holistic approach to tackling medical conditions faced by Men in Malaysia.

This is essential as most Men’s health issues may be a symptom of an undiagnosed medical disease. Therefore, treating the symptom may not be beneficial in the long run if the true culprit is not treated.

We provide a private and comfortable setting for you to discuss your problem with our doctors.

All our doctors are certified in Malaysia and professionally trained to assist you in your medical needs. 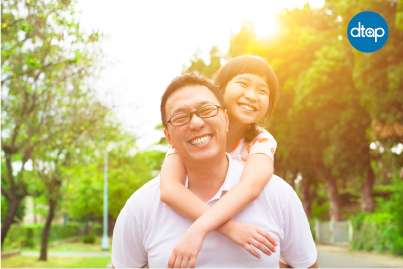 Premature ejaculation (PE) is a common problem among men. About 30% to 40% of men have this problem at some time in their lives. It can be frustrating if it makes sex less enjoyable and impacts relationships. If it happens often and causes problems, you should make an appointment with your doctor to get it checked.

Psychological therapy, behavioural therapy, and drugs are the main treatments for PE. More than one type of treatment may be used at the same time. We at DTAP use a combination of therapies to overcome issues such as this.

Peyronie’s disease is the development of fibrous scar tissue inside the penis that causes curved, painful erections. Penises vary in shape and size, and having a curved erection isn’t necessarily a cause for concern. But Peyronie’s disease causes a significant bend or pain in some men.

It’s perfectly normal to be a bit worried if you notice any small growths on your penis. The medical term used to describe pearly penile papules is Hirsutoid papillomas. They typically develop around the head of the penis.

Their size and colour can vary across individuals. They typically appear pink-white and measure between 1 to 4 millimetres in diameter, resembling small pimples. Pearly penile papules often cluster in rings or rows, commonly around the circumference of the base of the penis’ head. Pearly penile papules are often mistaken for symptoms of a sexually transmitted infection, such as genital warts. If you have bumps on your penis, be sure to get checked out right away to be sure that they are PPP and not something else.

Conditions that may affect the foreskin include:

a) Inflammation –
sore and red foreskin. Common causes include forced retraction, irritants such as bubble baths or dirty nappies.

d) Phimosis –
the foreskin is abnormally tight, which prevents it from retracting. This can cause recurrent balanitis because good hygiene is difficult or impossible. An erection may cause trauma to the foreskin and bleed. The tight foreskin can make urination difficult in some cases, the foreskin fills up with urine like a little balloon. Phimosis is the most common reason for circumcision after infancy.

e) Paraphimosis –
permanently retracted foreskin. The foreskin gathers like a tight rubber band around the penis, causing swelling and pain. This condition is the second most common reason for adult circumcision.

f) Tumour –
rarely, abnormal growths develop on the foreskin. In some cases, the tumour is cancerous. Penile cancer is extremely rare in circumcised men.

g) Zipper trauma –
the foreskin (or other parts of the genitals, commonly the scrotum) gets caught in a zipper. Wearing underpants is the best prevention.

A tight penile frenulum can occur in both circumcised and non circumcised men and create a restriction that is susceptible to microtrauma causing painful erections and bleeding. Some men go through their entire life suffering from pain and bleeding unaware that there is a cure.

Penile frenulectomy is a procedure that can alleviate the pain by removing the restricting tissue for increased range of movement in the penile skin. The procedure usually take no more than 20 minutes and generally results in relief with a brief recovery period.

For such a little gland, the prostate seems to cause a lot of concern. The prostate is a gland that is a part of the male reproductive system that wraps around the male urethra near the bladder. All men are at risk for prostate problems.

Common prostate problems in men include:

The following can be signs of a prostate problem:

If you have any of these symptoms, you should get yourself checked by a doctor right away.

Bladder and urinary problems can strike men of any age and for any number of reasons. The urinary tract system removes waste and excess fluid from the body in the form of urine. This includes, in descending order, the kidneys, the ureter (which connects the kidneys to the bladder), the bladder, and the urethra (through which urine leaves the body through the penis). If any of these organs are damaged, infected, or diseased, the system can break down and manifest with characteristic urinary symptoms.

Blood in the semen can be caused by tumors, infections, anatomical abnormalities, stones, or inflammation in many sites throughout the genitourinary system.

Depending on the cause of the blood in your semen,  we help you diagnose and decide the course of treatment that is right for you.