Platelet Rich Plasma: The Answer Is WITHIN

Platelet rich plasma, also commonly known as (PRP) has been utilized in clinical settings for management of difficult or what has proven to be a challenging recovery process, in addition to promoting healing since the 1970s.

PRP is an autologous (patient’s own body) extract of cells that contain a number of growth factors and proteins which collectively optimize and fasten the healing and the repair processes. PRP will also facilitate the process of recruiting, multiplications and finally stem cell final differentiation into target cell blocks.

Platelets are small cellular components of blood that play a major role in stopping the bleeding and in tissue repair following any injury. Platelets contain a group of signalling substances (cytokines) and proteins that play important roles in wound healing; those platelets are suspended in a portion of blood that is referred to as plasma which contains clotting factors and other proteins which all contribute to the wound closure, scar forming and finally complete healing. PRP extract will contain a high concentration of platelets that might reach as much as 1,000,000 platelets/mL in addition to 3-5 folds of growth factors.

The healing properties of PRP are attributed to the various range of growth factors in addition to chemical signalling protein molecules (cytokines) mentioned above in addition to other factors that are presented in concentrated proportions compared to any other sources. Although they are found in a similar ratio to what we expect to have in our body, however PRP extraction will provide a higher concentration of these substances.

Next read: P-Shots: A Shot To The Penis!

Healing is achieved through three stages, these are inflammation, proliferation and remodelling, those stages are influenced directly by different set of protein chemical signalling substance (cytokines) either directly or indirectly by influencing target cells to release other “chemotaxis” substances that attract different building blocks in addition to inducing cells division to promote healing and tissue regeneration.

End note: PRP is an autologous substance meaning that there is no risk of rejection by your body as it came from your own body, therefore it’s relatively safer than using other medical therapies, despite that there are a set of possible complications related to injection of the substance including bruising, bleeding, infection and pain. Otherwise if you’re interested or considering PRP in any of the mentioned topics then you may get advice from your family doctor or you may contact us and we will counsel you in this regard. 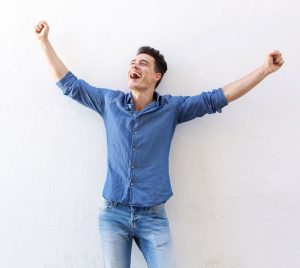 P-shots: A shot to the penis!

Commonly experienced but rarely spoken about, erectile dysfunction (ED) is defined simply as the inability 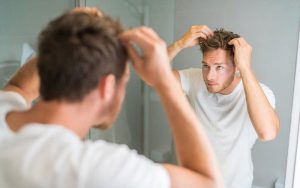 Scalp PRP: Can It Help With Hair Loss?

Hair loss and thinning hair are common problems across all genders. About 50 million men