For the past three decades or so, we’ve all heard the same thing about HIV; that it affects the immune system and leads to an infected person contracting illnesses that would usually be thwarted by a healthy immune system.

CD4 cells play a vital role in the regulation of immune responses to invading microorganisms. The cells act as an army against infective pathogens. In an untreated person with HIV, 10 billion to 100 billion new viruses are produced per day. This massive viral replication leads to a progressive loss of CD4 cells over a period of several years to as long as a decade. And the destruction of CD4 cells causes a patient vulnerable to unusual opportunistic infections (OIs) that are rarely seen in healthy humans.

Most patients who die from AIDS succumb to one or more OIs.

The main aim of HIV management is prevention, namely prevention of viral replication and prevention of HIV opportunistic infections. This is usually done with the administration of anti- retroviral drugs and prophylactic antibiotics/antifungals if needed.

Although a patient’s general condition is a good indicator of how far an HIV infection has progressed, a more definitive method is to regularly monitor blood CD4 counts. This way, the doctor is able to decide whether their treatment is adequate. 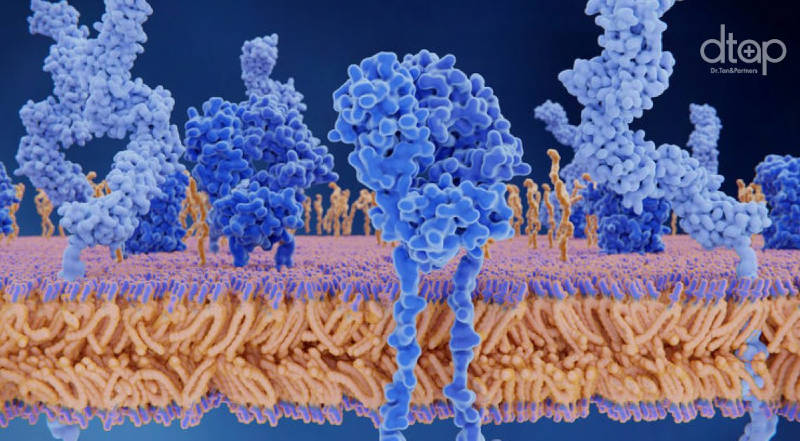 CD4 is commonly referred to as a type of white blood cell that is an essential part of the human immune system. They are also known as CD4+ T helper cells, T-helper cells or T4 cells. They are made in the thymus gland and they circulate throughout the body and lymphatic system.

They are called helper cells because one of their main roles is to send signals to other types of immune cells, including CD8 killer cells, which then destroy the infectious particle.

If CD4 cells start depleting in number, for example in untreated HIV infection, or following immune suppression prior to a transplant, our body is left vulnerable to a wide range of infections that it would otherwise have been able to fight.

WHY MONITORING CD4 COUNT IS IMPORTANT?

The CD4 count serves as the major laboratory indicator of our immune system functions. It is also the strongest predictor of subsequent disease progression and survival according to findings from clinical trials and cohort studies. As HIV infection progresses in different stages, the number of these cells declines. When the CD4 count drops below 200, a person is diagnosed with AIDS. A normal range for CD4 cells is about 500-1,500. Usually, the CD4 cell count increases when the HIV virus is controlled with effective HIV treatment. In fact, studies have found that patients who adhere to regular treatments can achieve a life span similar to persons who have not been infected with HIV.

There are three stages of HIV infection:

Acute HIV infection is the earliest stage of HIV infection, and it generally develops within 2 to 4 weeks after infection with HIV. During this time, some people have flu-like symptoms, such as fever, headache, and rash. In the acute stage of infection, HIV multiplies rapidly and spreads throughout the body. The virus attacks and destroys the infection-fighting CD4 cells of the immune system. During the acute HIV infection stage, the level of HIV in the blood is very high, which greatly increases the risk of HIV transmission.

Western Blot Assay is confirmatory testing for HIV I/II antibody. A positive Western Blot is generally regarded as conclusive for  HIV infection. However, if the test turns out negative, it does not rule out the possibility of HIV infection as there is an interval between HIV infection and the appearance of measurable anti-HIV antibodies or so-called the “window period”. The test should then be repeated within 2-3 weeks time.

The ELISA test also called the EIA for enzyme immunoassay, is used to detect the HIV antibody. It checks for certain proteins that the body makes in response to HIV. An enzyme will bind with the HIV antigen or HIV antibody if the blood sample contains the HIV virus.

HIV -1 Viral Load Assay is a test done to measure the quantity of HIV-1 virus within the plasma. This test is usually done after the confirmation test turns out positive, to review the prognosis of the disease and to aid in assessing viral response to the antiviral treatment as measured by the levels.

CD4 T lymphocyte (CD4) count with HIV-1 viral load assay are the two surrogate markers of antiretroviral treatment (ART) responses and HIV disease progression that have been used for decades to manage and monitor HIV infection. Measurement of CD4 is useful before the initiation of ART. The CD4 cell count provides information on the overall immune function of a person with HIV along with other general test and examinations.

WHAT HAPPENS DURING A CD4 COUNT TEST?

Basically, CD4 tests measure the number of these cells in the blood and, in conjunction with an HIV viral load test, help assess the status of the immune system in a person who has been diagnosed with HIV infection. Before your test, be sure to tell your doctor about all the medications you’re taking. This includes any over-the-counter (OTC) and prescription medications or herbal supplements.

Certain medications can impact your T cell count, which will alter the results of your test. Your doctor may ask you to stop taking your medications for a little while, or they may change the dosage before your test.

During your visit to the clinic, your doctor will take a blood sample from a vein in your arm, using a small needle. After the needle is inserted, a small amount of blood will be collected into a test tube or vial. This usually takes less than five minutes.

Use of CD4 Count for Initial Assessment.

The CD4 count is one of the most important factors in determining the urgency of ART initiation and the need for prophylaxis for opportunistic infections. All patients at entry into care should have a baseline CD4 count.

Use of CD4 Count for Monitoring Therapeutic Response.

An adequate CD4 response for most patients on therapy is defined as an increase in CD4 count in the range of 50 to 150 cells/mm3 per year, generally with an accelerated response in the first 3 months of treatment. Subsequent increases in patients with good virologic control average approximately 50 to 100 cells/mm3 per year until a steady state level is reached. Patients who initiate therapy with a low CD4 count4 or at an older age may have a lesser increase in their counts despite virologic suppression.

HOW OFTEN IS THIS DONE?

When you are first diagnosed with HIV infection to get a baseline assessment of your immune system; about every 3 to 6 months after starting antiretroviral therapy (ART) to check whether you are responding to treatment; if you have responded well to treatment, you may then be tested every 6 to 12 months. If you change antiretroviral therapy or if your viral load is consistently above an acceptable level despite being on ART, you may need to be tested every 3 to 6 months.

We at DTAP have a quick, easy, reliable and accurate way of measuring CD4 levels using a rapid detection method that we perform in the clinic.

This method garners results in a matter of 30 minutes instead of waiting days to weeks for CD4 counts.

While there is no cure for HIV, there are different medicines you can take to protect your immune system and can prevent you from getting AIDS. Today, people with HIV are living longer, with a better quality of life than ever before. If you are living/ diagnosed with HIV, it’s important to see your health care provider regularly and get your CD4 levels monitored to ensure optimal treatment.

Speak to Our Doctor Today!

If you wish to get a Rapid CD4 Testing, please call or visit our HIV Clinic or drop us an email at my.hello@dtapclinic.com for an appointment.