Home » Health Blog » Women's Health » What Are The Main Reasons for Bleeding During Pregnancy?

What Are The Main Reasons for Bleeding During Pregnancy? It is common to have bleeding during pregnancy and does not always mean there’s a problem,but some bleeding might indicate a serious problem.

Causes of bleeding in early pregnancy

In early pregnancy, you might get some harmless light bleeding, called “spotting”. This is due to the developing embryo implanting itself in the wall of your uterus(womb). This type of bleeding often happens around the time your period would have been due.

Pregnancy can cause anatomical and physiological changes to the cervix, and this may sometimes cause bleeding – after sex, for example. Therefore, it is important to tell your doctor about your last sexual intercourse!

Miscarriage is a pregnancy ending before the 24th week. Around 1 in 5 pregnancies ends this way.

Many 1st trimester miscarriages happen because there is something wrong with the baby such as a chromosomal disorder. There can also be other causes of miscarriage, such as a hormone or structural problem of the uterus.

If you have bleeding or any of the symptoms above, please seek medical attention right away.

An ectopic pregnancy is when a fertilized egg implants outside the uterus, most commonly in the fallopian tube.

It is a serious condition because the fertilized egg cannot develop properly outside the uterus. Plus, if the egg grows in the fallopian tube, may cause rupture and severe life-threatening conditions. The egg has to be removed, which can be done through an operation or with medicines if not yet ruptured.

Other signs of ectopic pregnancy can include:

Also called gestational trophoblastic disease. This is a very rare condition in which abnormal tissue grows inside the uterus instead of a baby. In rare cases, the tissue is cancerous and can spread to other parts of the body.

Other symptoms of molar pregnancy are severe nausea and vomiting, and rapid enlargement of the uterus.

Causes of bleeding in later pregnancy

These can lead to bleeding, particularly after sex.

Any infection of the cervix, vagina, or a sexually transmitted infection (such as chlamydia, gonorrhea, or herpes) can cause bleeding. A commonly occurring vaginal infection is candidiasis- fungal infection which presents with vaginal itching and a white, thick discharge that looks like cottage cheese.

Show is mucus mixed with blood. This is when the plug of mucus that has been in the cervix during pregnancy comes away, signaling that the cervix is getting ready for labor to start. It may happen a few days before contractions start or during labor itself.

This is a serious condition in which the placenta starts to separate from the uterine wall. Placental abruption usually causes severe abdominal pain, and this may occur even if there is no bleeding. On examination, doctor might get a woody hard and tender abdomen which suggests abruption. This condition is life-threatening for the fetus as well as the mother.

This is when the placenta is attached to the lower part of the uterus, near to or covering the cervix. Bleeding from a low-lying placenta can be very heavy, and put you and your baby at risk.

Therefore, you may be advised to go into hospital for emergency treatment, and a caesarean section will usually be recommended. In most cases, mothers with placenta previa will have to spend their pregnancy in ward till delivery.

This is a rare condition where the baby’s blood vessels run through the membranes covering the cervix.

When your waters break, these vessels may be torn and cause vaginal bleeding. The baby can lose a life-threatening amount of blood.

In rare cases, a scar from a previous C-section can tear open during pregnancy. Uterine rupture can be life-threatening and requires an emergency C-section.

Other symptoms of uterine rupture are pain and tenderness in the abdomen. 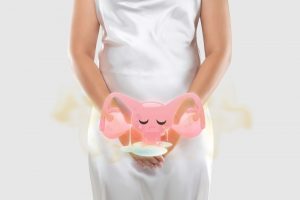 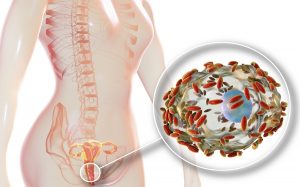 WHAT IS BACTERIAL VAGINOSIS (BV)? Bacterial vaginosis is a condition that happens when there is