What is Peyronie’s Disease? 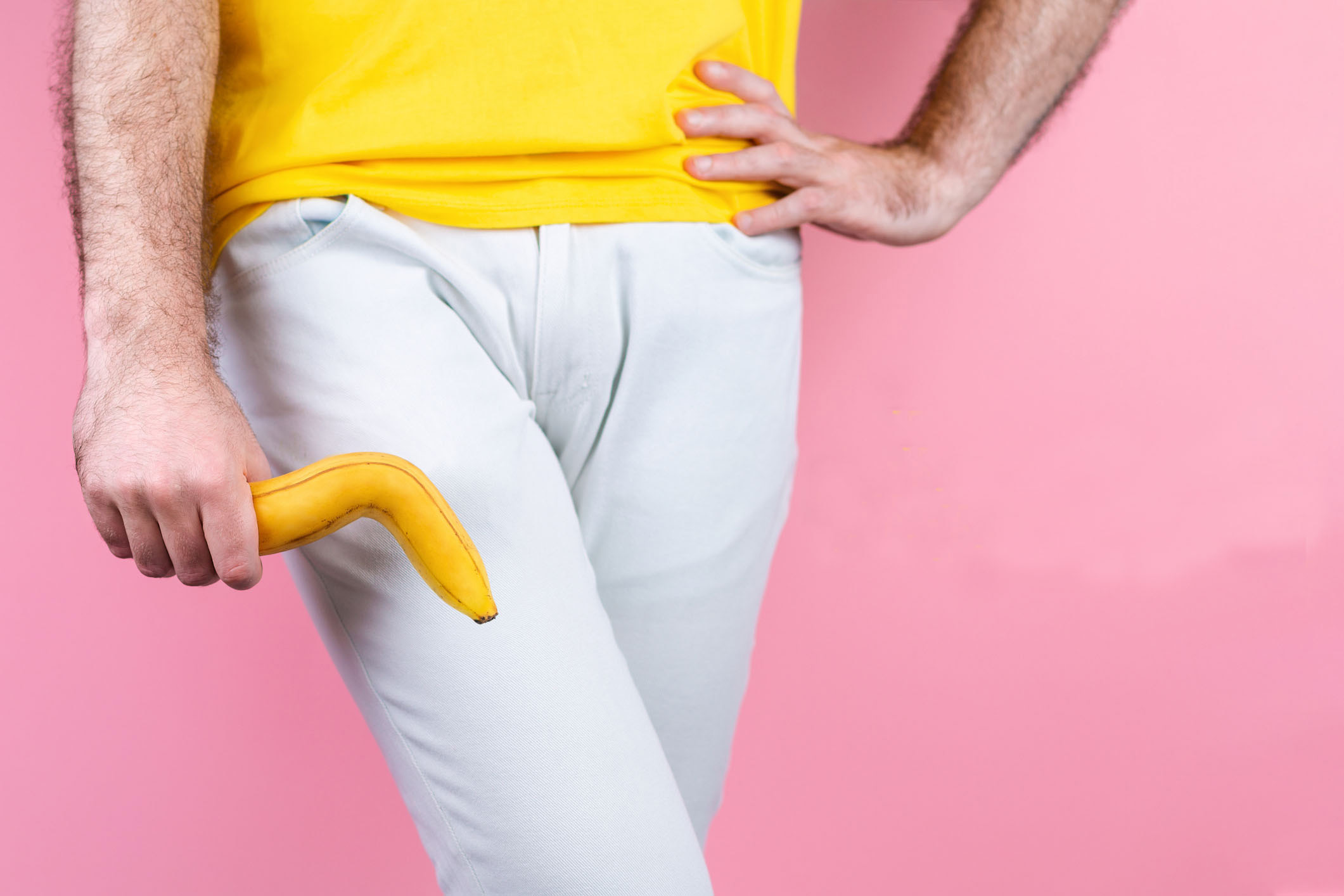 Peyronie’s disease is where plaques (segments of flat scar tissue) form under the skin of the penis. These plaques can cause the penis to bend or become indented during erections. The plaques can often be felt through the skin and can be painful.

How Does the Penis Normally Work?

The main roles of the penis are to carry urine and sperm out of the body. There are 3 tubes inside the penis. One is called the urethra. It is hollow and carries urine from the bladder through the penis to the outside. The other 2 tubes are called the corpora cavernosa. These are soft, spongy tubes that fill with blood to make the penis stiff during an erection. The 3 tubes are wrapped together by a very tough fibrous sheath called the tunica albuginea. During sex, the stiffness of the penis makes it hard enough for sex. Then the urethra acts as a channel to carry semen into the vagina.

Peyronie’s disease plaques mostly (70% of the time) form on the top (or dorsal side) of the penis. The plaques make the tunica albuginea less flexible and may cause the penis to bend upwards when it stiffens. When plaques form on the bottom or side of the penis, the bend will be downward or sideways. Some men have more than one plaque, which may cause complex curves.

Sometimes plaques form that go all the way around the penis. These plaques most often do not cause curving but may cause the shaft of the penis to narrow like the neck of a bottle. This is sometimes called “bottle-necking” or “waisting”. In bad cases, the plaque may collect calcium and become very hard, almost like a bone. Men may also notice their penis has shrunk or gotten shorter.

Other signs that you may have Peyronie’s disease are:

How Common is Peyronie’s Disease?

Peyronie’s disease is thought to happen in about 4 out of 100 men between the ages of 40 and 70. It is rare in young men but has been seen in men in their 30s. The number of cases may be higher than the estimates because many men may be embarrassed and choose not to see their healthcare provider.

Peyronie’s disease is often split into 2 stages: the acute phase and the chronic phase. During both phases, the bent/curved penis may cause problems with sex. You also may have ED.

Acute Phase: The acute phase usually lasts for 5 to 7 months but can last up to 18 months in rare cases. During this time, the plaques form in the penis, the bending/curving of the penis gets worse and you may feel pain when your penis gets hard.

Chronic Phase: The chronic phase is when the plaque stops growing and the penis doesn’t bend any further. If there was pain with the erection during the acute phase, it often will have ended by this time.

Not all men who suffer mild trauma to the penis get Peyronie’s disease. For this reason, most researchers believe there must be genetic or environmental reasons Peyronie’s disease plaques to form. Men with certain connective tissue disorders (such as Dupuytren’s contractures or tympanosclerosis) and men who have a close family member with Peyronie’s disease have a greater risk of getting it. Certain health issues, such as high blood sugar, tobacco use, or past pelvic trauma, may also lead to wound healing problems and may help cause Peyronie’s disease.

Your healthcare provider may be able to tell if you have Peyronie’s disease with only a physical exam. The hard plaques can most often be felt whether the penis is stiff or not. To check how the penis curves, your healthcare provider may inject a drug into your penis to make it stiff and may take pictures to study. In some cases, dynamic ultrasound, which uses sound waves to get a picture of what is in your body, is used to see where the plaque is, check for calcium buildup and show how the blood flows in your penis.

In very few cases (about 13 out of 100), Peyronie’s disease goes away without being treated. Most healthcare experts suggest treating the disease without surgery for the first 12 months after the disease is first noticed. Men with small plaques, not much curving of the penis, no pain and no problems with sex may not need to be treated. If you need to be treated, there are many choices.

Drug therapy may help men who are badly affected by the disease during the acute phase. Most society guidelines do not recommend oral drugs because long-term studies have not shown convincing benefits.

Vitamin E is an antioxidant that is popular because of its mild side effects and low cost. Studies as far back as 1948 show that taking vitamin E may make plaques smaller and help straighten the penis. But most of these studies did not compare a group of people using vitamin E to a group of people who did not (a control group). A few studies of vitamin E that used a control group suggest that vitamin E doesn’t work better than placebo. (A placebo is a pill with no drugs in it – a “sugar pill.”)

Small studies with placebo controls show that this vitamin B-complex helps reduce plaque size, but not the curve. Unfortunately, it is costly and patients need to take 24 pills per day for 3 to 6 months. It also can upset your stomach, so many men stop taking it.

This non-steroidal, anti-estrogen drug has been used to treat desmoid tumors, which are like the plaques in Peyronie’s disease. There are only a few controlled studies of this drug and they haven’t shown that tamoxifen works better than placebo.

Colchicine is an anti-swelling agent that has been shown to be slightly helpful in a few small studies without controls. Many patients taking colchicine get stomach problems and stop taking the drug. It hasn’t been proven to work better than placebo.

Carnitine is an antioxidant drug that lowers swelling to help wounds heal. Studies without controls show some benefits. But a recent controlled study didn’t show it to work better than placebo.

Injecting a drug right into the plaque brings higher doses of the drug to the problem than when a drug is taken by mouth. Plaque injection is often used for men with early Peyronie’s disease or those who aren’t sure they want to have surgery. The skin is often numbed before the shot to reduce pain.

Verapamil is mostly used to treat high blood pressure. Some studies suggest that verapamil injection may work for penile pain and curving. Verapamil appears to be a good, low-cost option for the treatment of Peyronie’s disease. More controlled studies are needed to prove how well it works.

Interferon is a protein made in the body that helps control swelling. It has been shown to help control scarring, perhaps by slowing down the rate that scar tissue builds and by making an enzyme that breaks down the scar tissue. A large-scale test of interferon injection for Peyronie’s disease showed that this treatment might help.

Collagenase is made in the body and breaks down certain scar tissues. Studies have shown that injecting collagenase into plaques helped fix Peyronie’s disease. This drug is now approved in the U.S. by the FDA for treatment of men with penises curving more than 30 degrees.

Shockwaves or ESWT can provide symptomatic relief and non-invasive.

Surgery is reserved for men with more severe, disabling penile deformities that make it hard to have sex. Most health care providers suggest putting off surgery until the plaque and curving have stopped getting worse and the patient has shown no worsening for at least 9 to 12 months.

Are Men with Peyronie’s Disease More Likely to Get Other Illnesses?

Does Peyronie’s Disease Turn into Cancer?

Cells taken from Peyronie’s plaques may act like cancer cells in some ways, such as not dying normally and forming tumors. But there has never been a case of Peyronie’s disease that has turned into cancer in a human. If you have other symptoms that are not often seen with Peyronie’s disease, such as external bleeding, trouble peeing, or penile pain that lasts for a long time, your healthcare provider may take a sample of the tissue (biopsy) for further study 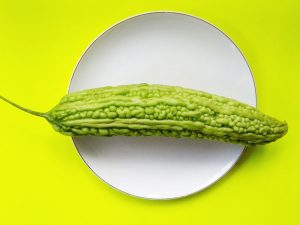 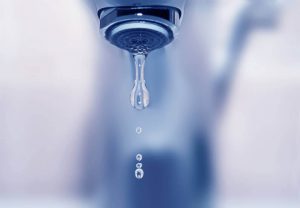